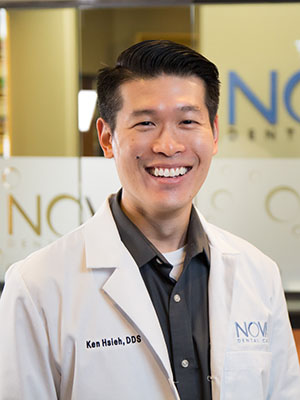 His passions include working with his hands, which is why he enjoys dentistry.  Dr. Ken likes to figure out how things work, and enjoys talking with patients about their dental condition and how they can improve their own dental health.

He is an avid college football fan, and his love for the UT Longhorns (Hook ‘em!) is only surpassed by his love for his family. He has two young children who like building forts and having pillow fights. If he had free time, he would either work on his car or catch up movies that he has missed.

His favorite candy is Peanut M&M’s and he enjoys a cold beer on a Friday night.